This week’s question was asked by Gary, a newcomer to our practice with a concern for the older fillings in his teeth. He asks whether or not insurance will usually pay to have silver fillings taken out. You might be surprised to know that the answer is yes!

Any time that a tooth has been filled it becomes weaker than it was before it had a cavity. Silver fillings, which are actually amalgams of mercury, silver, tin, copper, and other trace metals, and have been used for over a hundred years to save millions of teeth from being lost. However, they are unnatural-looking, require the removal of more tooth structure than other types of fillings, and there is concern about the use of mercury in these fillings by many people. Another problem with silver fillings is that they can expand and contract with temperature, which, over time, can cause a tooth to become even more weak and even fracture.

What we’ve noticed though, is that the smaller a filling is, the longer it will last. This goes for silver fillings as well. Dr. Rossen sees no problem in letting you keep a silver filling if the tooth around it looks strong and healthy. 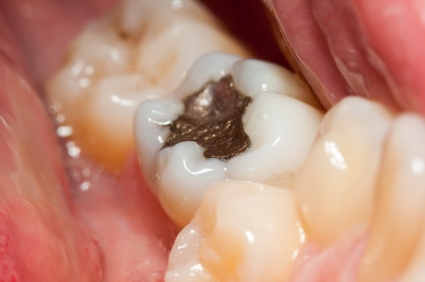 But if you have a tooth with a silver filling that is progressively getting worse, Dr. Rossen will recommend to have the tooth rebuilt or having the filling replaced. This rebuilding is almost always covered at least in part by your insurance. You’ll be happy to know Dr. Rossen only uses tooth-colored materials to fill teeth, and that he made that commitment when he first began practicing dentistry over 30 years ago.

One Thought on “Will Insurance Cover the Removal of My Silver Fillings?”